Have you ever prejudged someone based on how they were dressed?  Even if your answer is “no,” I would bet $1,000,000 that you actually probably have.  Every single day we make inferences based on the things we sense.  Unfortunately, the human brain is simply too powerful.  The second we look at something, our visual senses collect data for our brain to process and gather thoughts about that particular thing we see.

As much as I hate to admit it, I prejudge all the time.  Now, don’t get me wrong….just because I prejudge someone, it doesn’t mean my actions toward that person are based off that judgment.  For example, if I see someone with 12 piercing all over their face, and their arms and legs smothered with tattoos, I’m not going to look at them in disgust or treat them like a criminal or talk to them like I’m above them.  I will still treat them with the same level of respect I treat everyone else, but upon first seeing them, I will likely come up with some assumptions in regard to their character.  Unfortunately, it’s just my initial human instinct.  It’s okay to have a natural tendency to prejudge someone based on appearance (we all do it anyway whether we think we do or not), as long as we don’t treat that person based purely on preconceived notions.

About 6 years ago I met a homeless man on the street.  He was a panhandler asking people on the street for money.  Actually, he was selling a newspaper for money.  In our area at the time, we had a newspaper that featured a lot of panhandlers and the newspaper would allow panhandlers to distribute the paper for cash.  I went up to the man without the intention of purchasing a newspaper, but rather to just strike up a conversation for my own amusement.  I was thinking that he was going to be some dumb, uneducated baboon who would simply beg me for money with which he would then spend on alcohol.

Boy, was my preconceived notion extremely wrong.  Despite his battered up clothing, his stained skin, poor hygiene, and putrid odor, he turned out to be one of the most intelligent men I’d ever struck a conversation with.  He initially was simply trying to sell me the newspaper (which I ended up buying), but as I introduced myself and made an attempt to discover more about him, he talked to me in an eloquence that would rival a college professor.  He was extremely brilliant!  He talked about the history of the newspaper as well as a variety of other topics such as business, the weather, and even health-related topics like recent CrazyBulk D-Bal reviews.  His amount of knowledge and seemingly high IQ really shocked me! 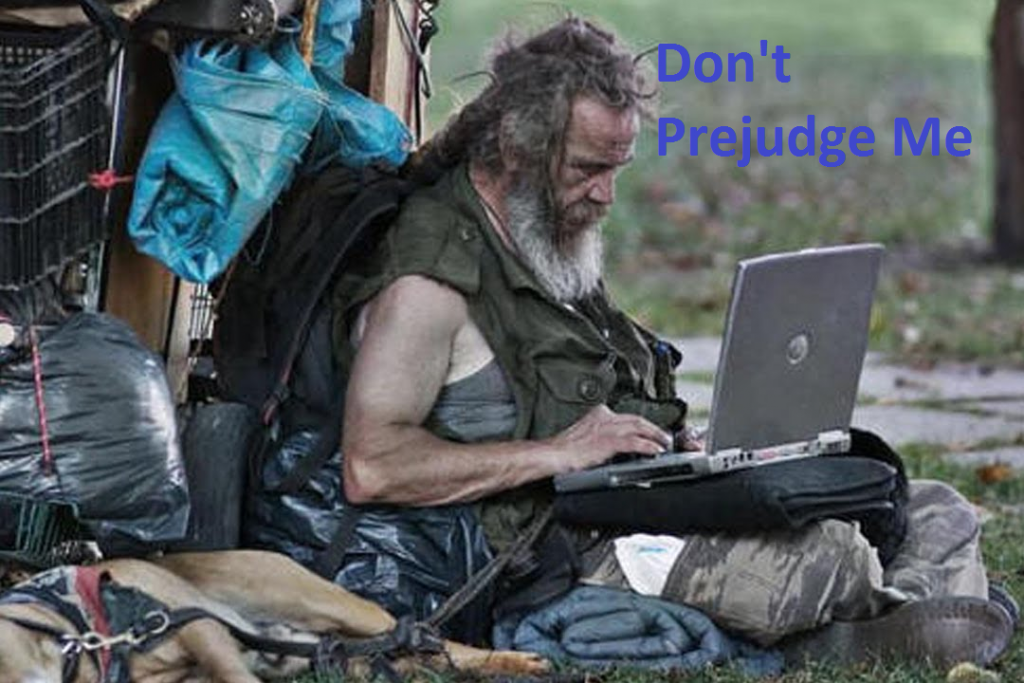 It turns out that he had been in an accident a long time ago, which had ended up ruining some of his basic cognitive abilities and had ruined his family and financial life.  He ended up homeless and traveling miles away from his hometown, which I found particularly sad.

This is just one example of a time where I had prejudged someone and then upon meeting them, found that my preconceived perception of who they were, was a complete mismatch for who they actually were.  This experience definitely opened up my mind when it comes to judging people based on appearance.  This is definitely something we should all strive to keep in mind moving forward!